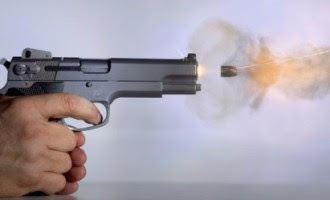 SWAT: A member of peace committee was gunned down in armed attack in Kabal Tehsil of Swat on Saturday.
According to DSP Zafar Khan, the incident occurred in Bara Bandai, rural area of Swat district.
Special police personal Bakht Baidar providing security to him was also killed and another injured in the attack.
The injured Bilal Khan taken to Saidu Sharif Hospital for treatment where his condition prescribed as critical.
Narrating the accident, Zafar Khan said that peace committee member named Muhammad Khan was s en route to bazaar from his home when unknown armed men intercepted him in Bara Bandai and shot him multiple times with a pistol before escaping.
Following  the unpleasant incident, security forces have tightened security while snap checking has been increased in Kabal surrounding checkpoints to arrest attackers.
The target killing attacks were increasing each passing day in the region. In the last four months, a large number of targeted attacks have occurred in Swat. Among the victims, 23 were the members of village peace committees.