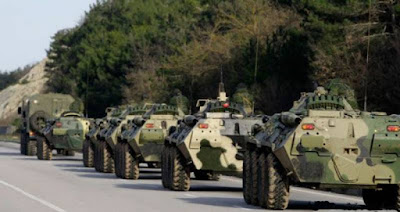 WASHING
TON: The United States says thatkey members of Congress have increased conditions for release of US military aid to Pakistan and are not prepared to support the aid withoutsome specific actions by Islamabad.Replying to questions, State Department’s Director, Press Office Elizabeth Trudeau said theUnited Stateshas spoken about its view on Haqqani Network. She however said that the military aid relates to Department of Defence and the Congress members who have blocked the release of aid.“We’ve spoken about our views on Haqqani quite a bit as well as what we viewPakistanneeds to do.Pakistanhas spoken that they will not discriminate against groups. We could encourage them to continue to live up to that” Elizabeth Trudeau said.“Coalition Support Funds are a Department of Defense matter. For details on that, I’m going to refer you to the Department of Defense. I would direct you to Congress, those specific members, for anything further on their position.”Elizabeth Trudeau however said that as always, we’re committed to working with Congress to deliver security assistance to our partners and allies. It furthersU.S.goals by building capacity to meet shared security challenges.Correspondents say that the Congress members have increased the condition for the release ofU.S.aid toPakistanand the State and Defence Departments don’t seem to be bothered over blockade of the military aid.
- May 13, 2016
Email ThisBlogThis!Share to TwitterShare to FacebookShare to Pinterest
Newer Post Older Post Home