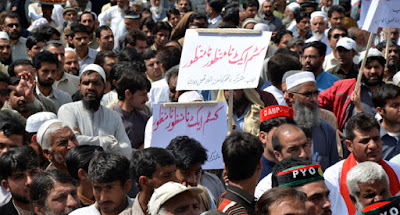 Customs Act returns to Malakand division was the place warm welcome in the division Thanks giving rallies , Adviser Engineer Mir location of people , flowers were showered and distributing sweets , Malakand Agency , Dir , Chakdara , in brykut a rally engineer my place on this occasion was held generally that the entire Malakand Division of the Mian Mohammad Nawaz Sharif to appreciate who the backwardness , feel here at Nishat Chowk while holding large rallies Mingora see the frustrations of the customs Act The implementation of the decision, he said, is to sit agenda of some people and Mian Mohammad Nawaz Sharif and Pakistan have brought to the forefront of trqyafth out of the darkness agenda's Muslim countries Customs Act, he said politics should be taken on the recommendation of the provincial government decided to implement the customs Act in Malakand Division kyajs aware of the difficulties met by the people of Malakand Division tha.uzyraazm and feelings, he immediately returned to the customs Act lya.suat gas passed three billion rupees for the project the project will solve the problem of gas supply and new areas of low pressure gaanhun khakstm Act summary Bhjuakrmalum not sent PTI leadership and the provincial government to protest against the Customs Act kabdlh malakndky lynacahty to lift our people while turning point were those who said thy.anhun summary for enforcing the Act in in front of a bracylnj nafzhuty because they were led by the PML-N in the front janabhy hard thamgr he malakndky kamskl the case lrajs kusrkru kanfazuaps the act by the nation , he said krdyahy The summary of the implementation of the Customs Act, the elected members of the Assembly had been sent to Pakistan Why should then revolted against the cruel act if they do not agree they were not timely resignation . The Customs Act was made law, but we are very grateful to Prime Minister Mian Mohammad Nawaz Sharif, who returned implementation of the Customs Act in the greater interest of the public.