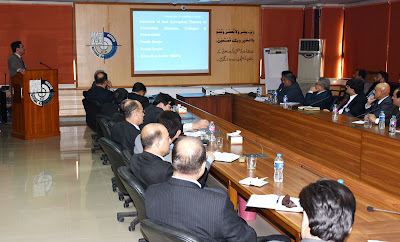 DSPs in training junior command course seconds in Peshawar, provincial Service Academy have visited NAB headquarters in Peshawar today. Zahid, Naveed Haider anwestigion, Director on this occasion and gave a detailed briefing about how infrastructure انرگنائزیشنل NAB. Bribery and corruption, \"he said in the way of the country's development and prosperity are the measure. The country seems well on its way to faster development and an end to corruption to strengthen the foundations of the dire need of the hour, he said.Rasbdanoani for the development of the developed countries of the world, \"he said as the ulcer is not the place for corruption-free society, a society development of new examples have been established. The poison of corruption leads to change in any society. Anwestigion Director Naveed Haider world corruption Zahid said the NAB has launched the campaign in this large, contributing well NAB officials and official bribery and corruption is to end to each Member of the society to play its role. Because a stable country roots to leave no stone hollow corruption.
- October 31, 2016
Email ThisBlogThis!Share to TwitterShare to FacebookShare to Pinterest
Newer Post Older Post Home