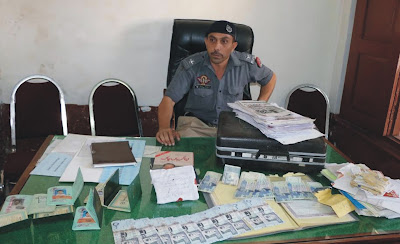 Police have seized hundreds of thousands of Saidu Sharif SWAT operation, while a week ago, according to details of the theft to 9 October 2016, the Royal son of Abdul 13سالہ شگئی akbarzeb in sidoshrev skina cheel desk, from the House of gold RS. up cash 15تولے colony, aorisat thousand Saudi Rial and a stolen documents in which all the precious brikis which police had tried day and night and within a week they export. During the investigation, police were caught a few people involved in acts of theft, in which a Saudi King 13سالہ during the investigation discovery to look real with Zeb. On which the Business Desk using the lion ائی HMAS, which س20000روپے 5000ہزار 13تولے while the investigation arrested Saudi Rial and has export while the rest brikis investigation is continuing.