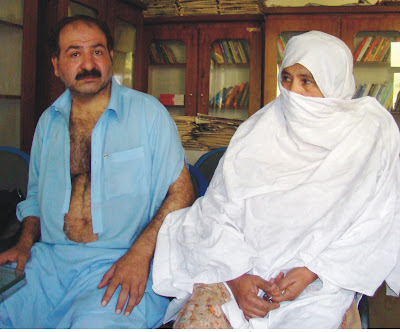 Reached damadky spouses media prone to violence in Mingora, could pose life-threatening government to provide police protection and justice, the former Pakistan from Mingora town bnr and his wife bacahy Converter told media that daughter hmyrh Iqbal marriage is a man called him from Peshawar continues to be violence targeting our daughter, daughter we arming our home and our daughter along to bring home, but still greeted daily several colleagues tried to force the tipVocational, he accused yesterday accused a peace pistol undulate into our house tried to resist to the force aurhmyra hrhm the severe violence against spouses and escapes, he said if we daughter with her so he went and we appeal to provide protection and justice, the police and other authorities would kill him.