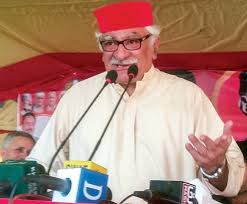 Swat Awami National Party President Asfandyar Khan has said that Pakistan is aware of a b They come down to personal about the politics involved in the ruling seat of Lahore and the throne Islamabad War, packed the country symbol of progress, but the pack is asdzrury to remove suspicion from the smaller provinces if not rethink our foreign policy, our native Anja Types of Iraq, and the evening as an expression of his views Matta area smbt while addressing the gathering he said that Prime Minister Nawaz Sharif's ufakryn the promises made in the pack if even he shall not place srchpany in Jeddah for him to pass, he said Islam hundered funds auryutr failure prkarkn b n Khan in Islamabad, protesters are asking KP Despite the passage of three years, has not started a mega project, he said APS, it is evident from the explosions in Quetta and Peshawar wants to take away the right to education of children of the Pashtun nation, but hear enemies that they never neighbors both their nefarious mqasdmyn was not husktaaur Pashtun lies above the usual turban people, and he said that if Pakistan if India the Pashtun people will be involved in the defense of their land, peaceful Afghanistan and Pakistan must umlzum for another should sit together to resolve all the problems in understanding University student killed in hit alalmun huadyny is normal and part of the civil war against crystal necklaces But we want to make it clear that Pashtuns were not closed chain to the wall we know the answer to the stone bricks.Swat. ANP Provincial President Haider Hoti said that Imran Khan Tiger can afford a staff of police N but Khan's soldiers dealing with bombs and bullets Pakistan does not need any support are Imran wrong decisions are strong on the issue students who can not take her home province will kstr h run the country expressed these views while addressing a public meeting in smbt area of ​​Matta Tehsil in Swat they said if Imran Khan would not put my mouth of Islamabad and some occurred in London had come all come to bring him across provincial treasure in our time but PTI said the empty state coffers province Pervez Khattak's bankruptcy has been part of every government in the past rulers robbers are going to ask myself a big SPOILER aurcu Pervez Khattak Come brauqt Imran Khan Khattak public churdyngy KP with such tradition Imran past shall not be fooled by the tsunami that bacakan flags sign being under mthyd of the provincial ANP election the KP the MMA, which mandate he was chradya promote terrorism instead of here while turned into a heap of wrong policies of the Malakand dyusrn borough d O come party in power we Malakand peace rally in dyusrn .In the meantime, the district president and former MPA Sher Shah Khan, former MPA Job asary, vice district governor, Abdul Jabbar Khan and others also spoke.